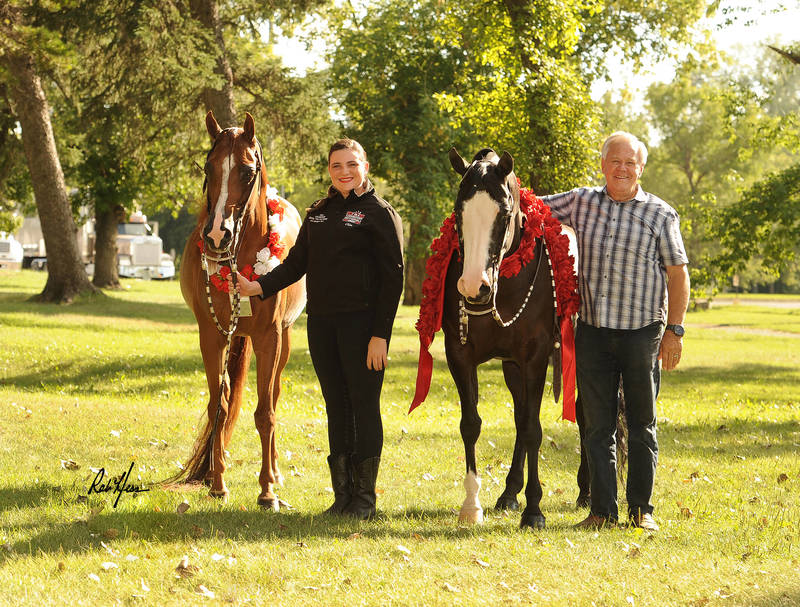 Gary Kehl started breeding Arabian horses in 2002.  In less than 20 years, his program has produced National Champions in both hater and performance.  While he had hoped his breeding venture would be successful, he has exceeded his own imagination.  Taking his vision of breeding Arabian Halter and Performance champions to a wildly successful reality.  From the start, when he purchased his first horses, Gary has always been captivated by the beauty and mystique of the Arabian horse.

Gary knew he would benefit from guidance to build a successful program and sought careful professional education, guidance, and expertise from a number of top professionals.  It started with touring some of the premier halter and breeding barns, and his purchase of two outstanding foundation mares, OFW Rihanna (OFW Magic Wan x Hafati Julianna) and Izzabella Dona (Jiuliesz De Wiec x Iim So Sheik).  Both have been producing outstanding foals in the halter and performance divisions.

With the burgeoning success of his program and traveling with his family to shows across the Western USA, Gary realized that his program could expand further and gain greater depth by establishing a presence in the “Arabian horse Mecca” of Scottsdale, Arizona.

Team GRK is a family affair that includes Gary’s granddaughters, Chloe and McKienna showing Western, Hunter, English, Showmanship and Halter. Both young ladies have a list of impressive accolades - Chloe has made a name for herself in Western Pleasure, with multiple National Championships aboard Billy The Kid GRK and Cache GRK.  McKienna has also enjoyed considerable success in Hunter Pleasure aboard Lady Justify GRK and Country English Pleasure on Rachel Ames, and is becoming quite the handler in the halter ring as well.  Gary hopes the girls are just the start for his family, as there are more grandkids just waiting for their turn around the show arena.

With two facilities, a hugely successful breeding program, and grandchildren to bring through the ranks, Gary has again carefully selected professional help to make it all work. Including his own granddaughter Chloe Kehl, who is currently managing the performance horses in Utah.  The halter horses are managed by Brazilian-born trainer, Lucho Guimaraes.  Lucho has a rich history with Arabian horses, having traveled around the world working with and showing some of the finest.

GRK Farms is a family-friendly enterprise, and visitors are always welcome - in Utah and Arizona!  GRK is always willing to share their vision and their dreams with those who share the love and admiration for the Arabian horse.